Cycle, walk or drive through the various wildlife habitats of Western Rivers in Willandra National Park and discover remnants of the area’s rich pastoral history.

Europeans were first attracted to the Willandra area by the river system and native grasses and ran cattle and sheep, but by the second half of the 19th century, grazing sheep for wool predominated. Willandra eventually became the largest pastoral station in the area. The old bush song, Flash Jack from Gundagai, boasts about having “shore at Big Willandra”.

Over 100 years of grazing and pasture have modified the natural environment, yet the plants and animals are gradually being restored. The wetlands, woodlands and grassy plains of the park house 23 species of reptile and over 195 different types of bird including emu and the endangered plains-wanderer.

See kangaroos graze and play on the plains at dusk and dawn, look out for bearded dragons as you cycle the Merton trail, and spot a harmless carpet snake near the historic buildings. At the end of the day when you’re ready to relax, sleep in historic men's quarters and keep an eye out for the ghost of Flash Jack during shearing season.

Pick up more information from Griffith Visitor Information Centre or the National Parks and Wildlife Office. 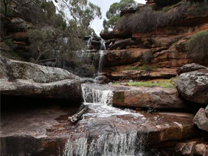 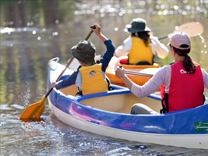