Pick up a trail map from the Griffith Visitor Information Centre and start your own tour of places that tell the story of Italian settlement in Griffith.

One of the striking features of the town of Griffith is its 'Italianess'. Some sixty percent of its population can claim an Italian heritage. Griffith was established in 1916 as part of the new Murrumbidgee Irrigation Area (MIA). The largest town in the Riverina, it was designed by Walter Burley Griffin (architect of Australia's capital city, Canberra).

Returned servicemen and assisted British migrants were encouraged to take up irrigation blocks after the First World War when the Mia failed to attract settlers. By the late 1920s most had relinquished their holdings, due to a lack of farming experience, depressed economic conditions and numerous other problems associated with the new scheme.

The Italian settlers, on the other hand, proved to be central to the scheme's success. Italians had been arriving in Australia since the 1880s, escaping poverty and lack of opportunity that characterised rural Italy and in search of benessere (prosperity). Most of the early settlers in Griffith were from the Veneto region. During the 1930s the number of Italians from Calabria, Sicily and other regions settled in growing numbers. Their farming success attracted a further wave of Italian migration to Griffith in the postwar period.

The Griffith Italian Heritage trail takes you on a tour of places that tell the story of the Italian settlement in Griffith. Some of these places no longer exist, while others have changed title. Collectively, they document the enduring legacy of Italian migration in Griffith's landscape.

Pick up a trail map from the Griffith Visitor Information Centre and start your own tour of places that tell the story of Italian settlement in Griffith. 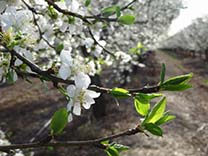 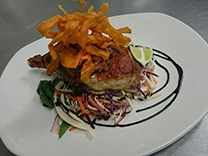 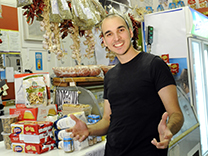 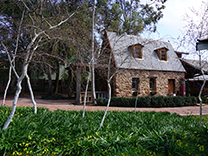