Just 25 kilometres west of Leeton, the village of Whitton offers a unique peek back into the district’s past.

Back in the 1850s, bullock teamsters and drovers moving their stock from Queensland to Victoria used the present site of Whitton as a camp when the river flooded, which happened regularly.

Originally named Hulong, Whitton was renamed after John Whitton (1820–98), who was engineer-in-charge of the New South Wales Government Railways at the time. Rail reached Whitton in 1881, and the settlement became a local centre for rail freight movements.

Whitton’s Memorial Park features a monument to the pioneers of Whitton and the teamsters who travelled the stock route. It also highlights the use of ‘whips and whims’ to raise water for the village.

Whitton Pool offers swimmers a 25-metre pool with six lanes and a shaded toddler pool. The expansive well maintained lawn areas with BBQ’s provide a great setting for a family day out!

While you’re in the area, be sure to check out Southern Cotton Gin. Gin tours are available at 10am on weekdays during ginning season (May-September) or by other appointment. Tour cost: $10 per person (Ph: 02 6955 2755)

Open for inspection on Tuesdays from 10am - 1pm, and on Saturdays and Sundays from 1pm until 4pm. It costs $8 per adult and $5 per child. Other visiting times especially for groups, can be arranged by appointment.

Gin tours are available at 10am on weekdays during ginning season. Advanced bookings are encouraged, or by appointment for large groups. Cost is $10 per person. 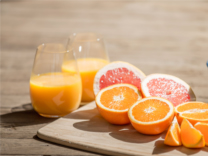 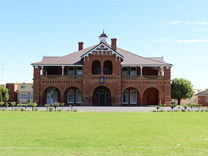