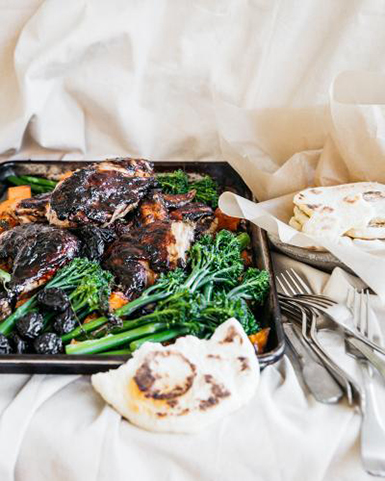 COOK UP A STORM WITH GRIFFITH'S LOCAL PRUNES

If you are in Griffith in early Spring, you may have the opportunity to drive-by and witness some of the most amazing scenes of the blossoms within our prune orchards.

The earliest records of prunes being imported into Australia date back to 1866 and at the time, prunes were seen as potentially "a great source of wealth to the country." Since then, there have been numerous plantings in and around southern NSW.

The first plantings in the region were in 1912 following the establishment of the Murrumbidgee Irrigation Area (MIA). Initial plantings included the First World War Soldier Settlement scheme when prunes were included in blocks at Corbie Hill near Leeton and at Lake Wyangan near Griffith. Further plantings around Yenda, Yoogali and Hanwood saw a very gradual expansion of the industry in the area. It wasn't until the 1980's that considerable expansion of the industry took place.

Today, prune production is one of the very few Australian horticultural sectors that is continuing to grow, with farmers planting new trees every year. Around 70 farmers produce up to 3,000 tonnes of premium quality Australian prunes every year.

The classic French D'Agen remains the ideal plum variety for drying because of its high levels of natural sugars, the thickness of its skin, it's ability to absorb liquid after drying and its intense flavour.

AusPrunes have developed a wide range of new, easy to prepare prune recipes for everyday and for entertaining. Pop in to the

Our picks for Spring are: 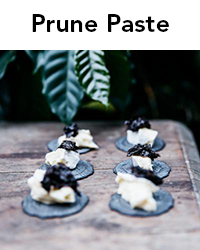 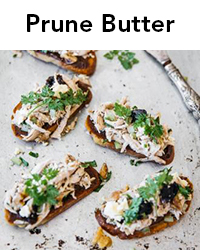 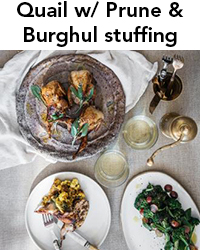 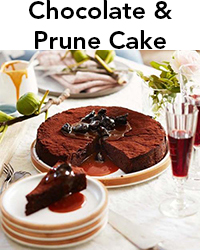 EXPLORE ALL OF THE RECIPES HERE