The Hon Don Harwin, MP, Minister for the Arts will officially launch the recently completed million dollar renovation project at Griffith Regional Theatre, funded by the NSW Government in conjunction with Griffith City Council, on Friday, 9 October at 1pm.

The Upgrade and Revitalisation of Griffith Regional Theatre project is the most significant upgrade to the Theatre and its facilities since it was opened in 1987. The $1.2million project was funded by the NSW Government – through the Regional Cultural Fund and Clubs NSW Infrastructure Grants, in association with Griffith City Council.

The works consist of four major areas of work:

The Theatre upgrades not only gave the somewhat dated amenities a makeover, but have also improved the quality of visitor experience and made all areas of the building fully accessible.

Griffith Mayor, Councillor John Dal Broi said, “The upgrade includes striking acoustic panelling in the auditorium which significantly improves sound quality especially for patrons with hearing impairment, as well as fully accessible bathrooms on both levels of the building and in the dressing rooms, which means that all members of the community can participate fully in all aspects of the theatre whether as patrons or performers.”

Cr Dal Broi noted, “The striking entrance statement also sends a message about inclusivity and recognition, with Veronica Collins’ powerful mural highlighting the continuing presence of the Wiradjuri People as Traditional Owners of the land.”

Griffith City Councillors, Members of the Cultural Facilities Committee and local Elders will be invited to join the Minister at Griffith Regional Theatre at 1pm on Friday 9 October for the unveiling of a plaque commemorating the redevelopment of the Theatre.

The Upgrade and Revitalisation of Griffith Regional Theatre Project is supported by the NSW Government through Create NSW, in association with Griffith City Council. 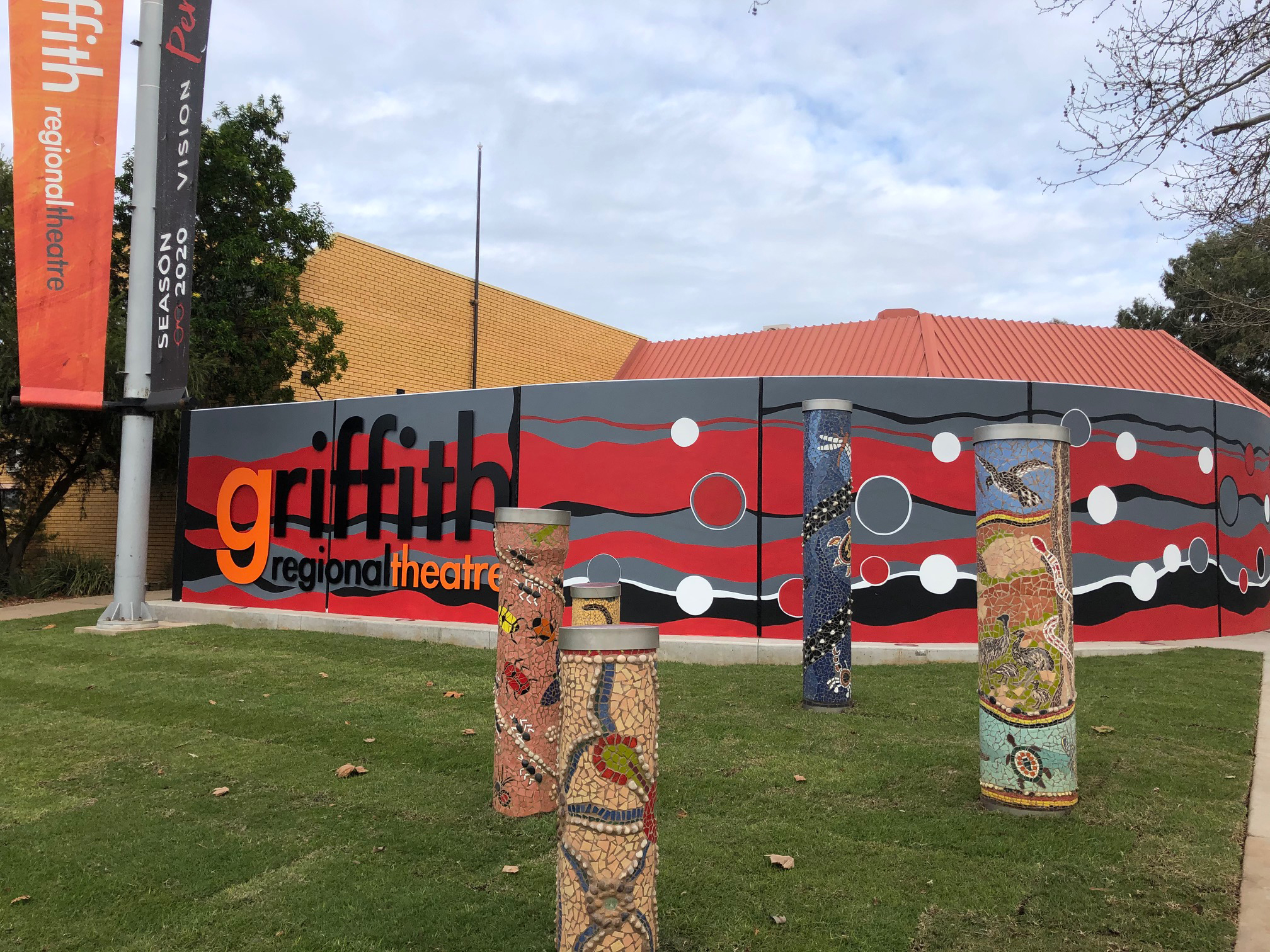